From Ancient Egypt to YouTube, there is a strong undying bond between human civilizations—cats. Who can blame society’s obsession with the fuzzy indifference of feline companions? Well, besides biologists like Jaroslav Flegr, who linked the cultural notion of a “crazy cat person” with a parasite found in household cats’ litter boxes.

But really, cats are magical creatures. They always land on their feet, have nine lives, and bring their guardians bodies of other dead animals as gifts—a reminder that murder is frequently on their minds as you lovingly pet them and swallow your bile while discarding their gifts.

It’s fitting that cats and videogames would eventually cross paths, and not only because of their nonchalant violence covered in a gorgeous design. Cats are clever, inquisitive and charming, even if they nap 22 hours a day. Their intuitive problem solving and thirst for destruction makes the fluffy wonders ideal as protagonists and characters, and the mythologies surrounding cats over centuries makes their presence even more alluring.

Here is a list of games either about cats, or that use cats as part of an integral theme to a game’s narrative or play design, ranging from adorable ideas to dark, unsettling stories. And if you want to see a list of the best cats in games.

1. Hot Tin Roof: The Cat That Wore a Fedora 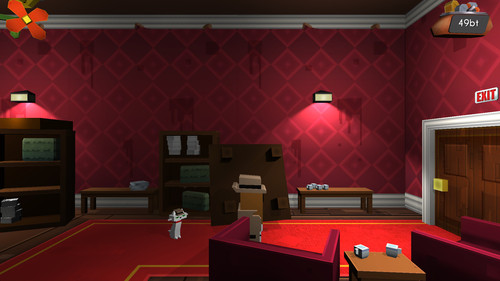 Emma Jones is a private investigator with a cat partner named Franky. Together, they must solve a series of connected crimes in a hard-boiled detective story where talking cats and rats are up to no good. What I found most enjoyable about Hot Tin Roof, besides the amazing soundtrack and back-and-forth quips, were the interesting sub-plots, like a cat running for mayor and needing a PR representative, or Franky’s mysterious past and how it links to one of the prime cat suspects. There’s quite a lot to discover in this puzzle game between animal friends, plot twists and a solid noir atmosphere.

Ethics disclaimer: my cat, Garnet, is a non-playable character in this game. 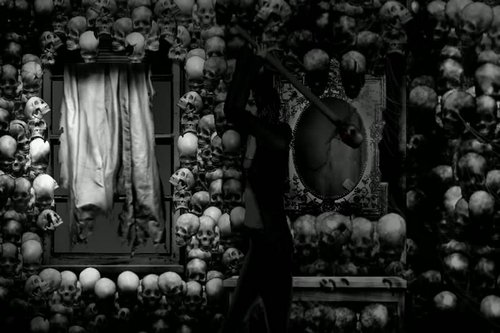 Susan Ashworth is on her deathbed after taking too many sleeping pills, looking into the eyes of a black stray cat she named Teacup. After surviving the suicide attempt, she returns to her daily routine surrounded by cats that she lures to her apartment when she plays the piano. The Cat Lady is not just about Susan’s depression and her relationship with the stray cats in her neighbourhood, but also about the friendship she forms with another emotionally lost woman named Mitzi and how it impacts their lives. There’s also a gruesome, awesome scene involving the cats helping Susan take out an enemy. 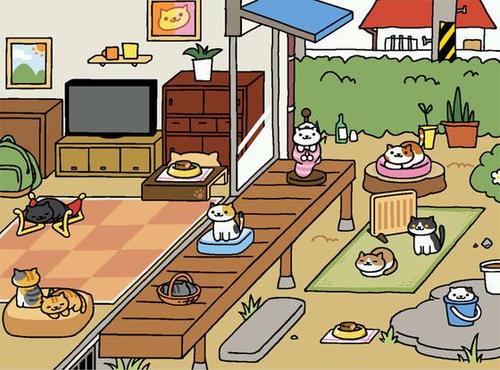 This mobile game title loosely translates to “cat collected,” which is the most accurate way to describe the game. Nekoatsume is entirely in Japanese, and is about purchasing food, toys and items like boxes and space heaters, and placing them in an open-concept apartment and garden to lure as many different types of cats as possible. There are 22 ordinary cats that are attracted to each of the items available for purchase, and 12 rare cats that only appear (while wearing a costume) when specific items are left out. Once the cats leave, you can collect money that they provide, and the cycle of purchasing and collecting starts over. It’s a painfully adorable game consuming my Twitter feed at an alarming rate. 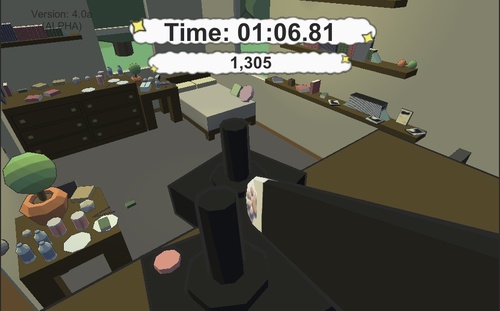 Catlateral Damage is a fitting game to play as a cat considering most first person perspective protagonists are complete assholes hungry for destruction. The objective is to cause as much damage as possible with your paws by knocking over several items off shelves—in two minutes. While clicking between the left and right mouse, players can combine moves to create ultra-chaos in their poor owner’s room, and be the bored domesticated cat they have always wanted to become. Since its inception as a free browser game, Catlateral Damage is expanding to Steam on May 1st, 2015 with additional rooms and features. 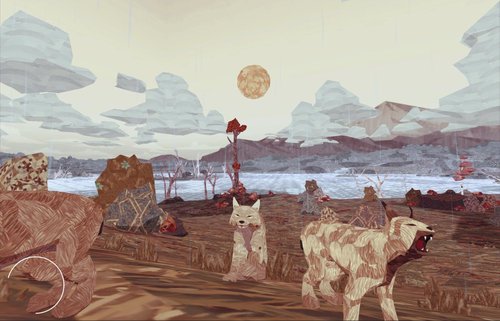 After playing as a mother badger in the first Shelter, game developers Might & Delight have created another survival simulator in this follow-up title where player assume the role of a mother lynx. You must feed your adorable cubs by hunting prey, and protect them from many dangerous lurking in this open-world cold tundra. We don’t see many games about motherhood, and escort missions are usually the source of great frustration, but Shelter 2 combines nurture and cuteness in a way that brings out the big cat lovers in all of us.

Honorable Mention: Night in the Woods 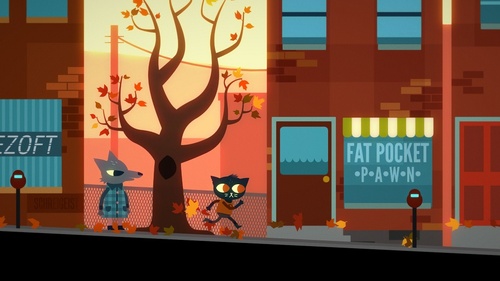 Aimed for a 2016 release, Night in the Woods is an upcoming game where players control the role of Mae, a college dropout cat returning to her hometown to see childhood friends. It’s a deep story about undergoing sudden changes, and coping with the uncertainties of the future. The development team released a short game titled Lost Constellations, which serves as an appetizer and teaser for what is to be expected for the charters and themes that unfold in the full game, and a delightful sneak peek into Mae’s mischievous personality.

Soha Kareem is a Toronto-based writer and experimental artist. Her work focuses on the intersection of game design and identity, interactive art exhibitions, and glitch photography.